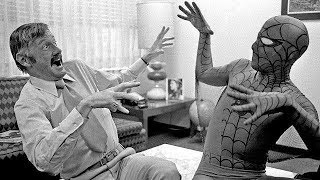 Like the Jack Kirby appreciation panel  WonderCon at Home 2021 focused it’s eye on the lesser known adventures of Stan Lee. Unfortunately, given the nature of the presentation, it was suffered from the same setbacks at the Kirby panel.

The 45 minute panel covered a lot of ground but strangely not a lot of it had to do it with Lee. The panel instead seemed to focus on the influence of comics and comic books in the 1960s and 70s on college campuses. What ensued was a lot of personal experiences, all of which were fascinating, but not all of which had to do with Lee.

These panels are interesting to watch but it is hard not to notice a trend here. Far too many of them lose track of their main objective and instead end up being totally different panels. Had the panel been named “How Comics Changed Academic Life” it would have been perfect.

The lack of images didn’t help either. As previously stated, comic books are very much a visual medium and those that love them (like myself and those attending) could really use the visual cues while the panelists are telling their stories. We’ve reached a point where that’s more than possible so it’s kind of underwhelming when panelists don’t take advantage of that.

Still, despite everything, it was great to hear everyone pass on their stories of how they first came to love comics and what it means to them. Comics have always been a very personal thing, it means different things to different people, and this panel really showed that.