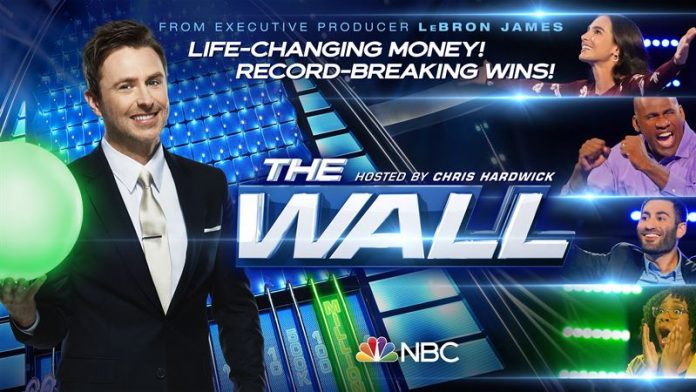 “The Wall,” with Chris Hardwick returning as host, has changed people’s lives, giving away more than $11 million to date. This season executive producer LeBron James has a game-changing twist to give away record-breaking money. Get ready for the all-new Superdrop, when all seven balls rain down in a waterfall drop that takes the total possible prize each night to over $13 million. But with more reward, comes more risk and the potential to lose it all. Every question and every decision could be the difference of millions of dollars in what is truly the most unpredictable show on television.

he Wall” is a collaboration between SpringHill Entertainment and Glassman Media with James, Hardwick, Maverick Carter and Andrew Glassman serving as executive producers. “The Wall” was developed by Glassman Media in conjunction with CORE Media and produced in association with Universal Television Alternative Studio.