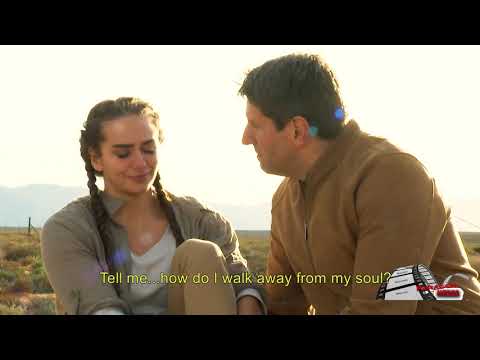 On the trail of a rare species of ghost frog in the South African outback, paranormal investigator George Coetzee (Francois Coertze) meets a mysterious woman and discovers a supernatural existence he never dreamed of.

Due to the solitary nature of his job, George is a lonely man. The popularity of his paranormal Ghost Hunter-type show notwithstanding, George likes to challenge himself and prove to him and others that the supernatural really is out there. But his encounter with Samantha (Chantelle Werth) after she saves him in the Tankwa will shake up even his beliefs in the otherly worlds.

Modern stories of doomed love between humans and supernatural creatures, werewolves in particular, are often romanticized to the point of nauseam. Not so with Skinwalker, for while Samantha does save George and is kind if not distant to him, she does everything but take a chunk out of him to get him to stay away from her. This somehow seems to be George’s particular kink, for once he is back in relative civilization, George obsesses for months over finding the beautiful and dangerous woman of the Tankwa who saved his ridiculous life.

However, since George is an investigator and simply can’t seem to help himself, to find Samantha again he enlists the help of a few friends from previous cases – motor-cycle-riding Freddy (Hayley Pieters), who sympathizes with George but warns him against unhealthy obsessions yet again, and Captain Combrink (Wikus De Kock), a disgraced police officer who was in charge of the original case of the deaths of Samanthas entire family.

It seems Samantha’s father Professor Charles Symington was on a dig in South America and got himself into some deep trouble involving skulls, local legends and a nasty what-looked-like animal attack. And like any doting father, he brought his curse home to share with his beloved family.

The story of love against all odds between George and Samantha, a human and a werewolf she states damningly is forever a monster, is by turns charming and beautifully sad. Despite all that Samantha did to make George not love her, and everything George did to desperately stay by her side, in the end they simply could not be together forever. But like all great love tragedies, a legacy is left behind to ensure neither George nor Samantha will ever be truly forgotten.

The cinematography could use a bit of refinement and the CGI for the werewolf transformations left a lot to be desired, but then I’m a purist and would have preferred makeup and practical effects. A breakout performance from South African director Martyn le Roux, whom we hope to see more of in the future!