Jennifer Linch is one of the most interesting indie filmmakers on the west coast today. She’s constantly trying to push the envelope and that shows with Kung Fu Ghost. In any other hands the film might not have worked but her background in action mixed with her love of comedy makes for just the right balance of genres.

The film, written by Ivan White and directed by Linch, tells the tale of Daisy who inherits a haunted mansion from her grandfather. Her grandfather works as sort of a spirit guide and possesses her when she’s in trouble giving her the action chops she needs to take on a plethora of bad guys. 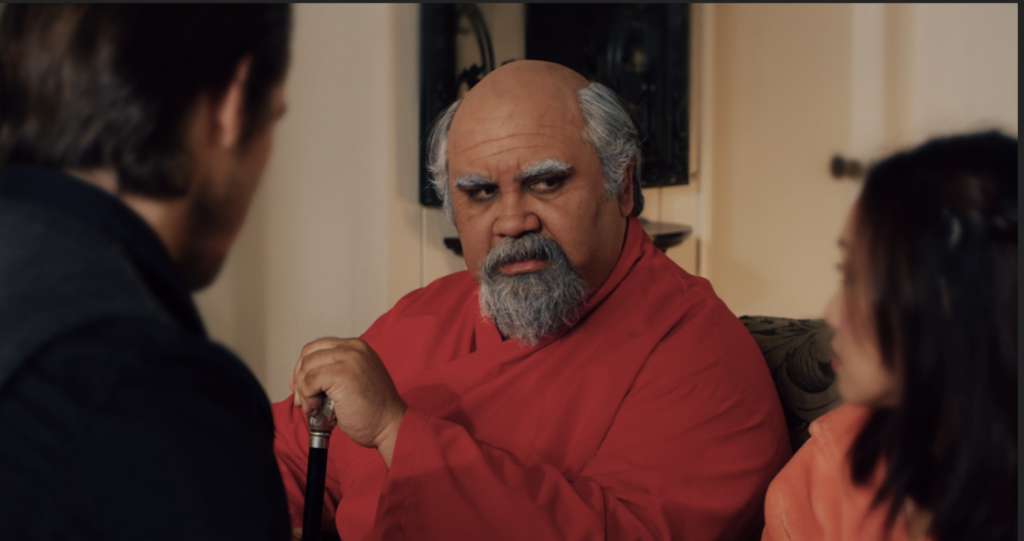 Though the rest of the cast is great, especially David S. Dawson as Grandpa, Linch is a force of nature as Daisy. Alternating between being a slacker and a martial arts expert her character chews the scenery in such a way that it leaves you wanting more.

There was always the possibility of tonal whiplash with a movie like this but it knows exactly what it’s supposed to be and leans into it. Linch stated that the film is about having fun and it certainly does that, but not at the expense of the action. It knows when to be silly and when to crank up the fighting.

Though only screened for critics at the moment Kung Fu Ghost is hoping for an international release soon. For more information, visit www.namelessstudios.net.