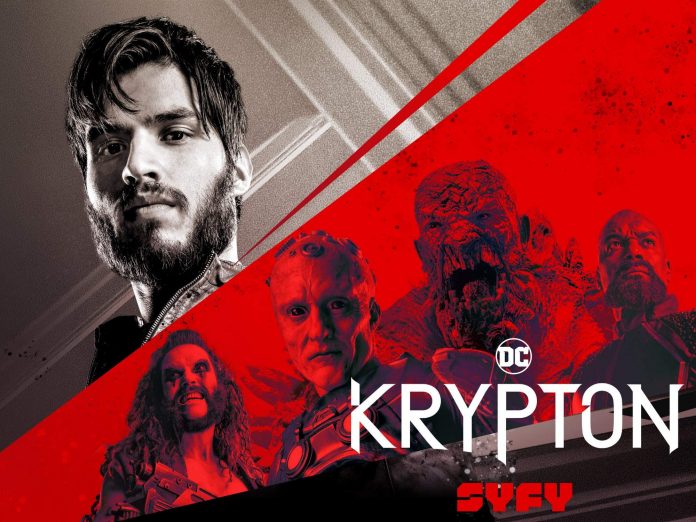 Miss Kryton? So do I. This short run of the stories of Krypton that pre-date the Man Of Steel’s arrival on earth were an exciting and fresh new perspective for Superman fans.

You can purchase the sets with all 10 episodes from Season 2 plus two bonus featurettes, including “The Fate of Superman” and “Villains: Modes of Persuasion.” Krypton: The Complete Second & Final Season costs $24.98 SRP ($30.99 in Canada) for the DVD and $29.98 SRP ($39.99 in Canada) for the Blu-ray, which includes a Digital Copy in the U.S. only. Krypton: The Complete Second & Final Season is also available to own on Digital via purchase from all major digital retailers

Season 2 picks up with an altered Kandor that is locked in a battle over its future.  With Zod fully i n control he moves forward in his mission to reshape the society to his will and continue with his ambitions to conquer the universe.  Seg-El attempts to unite a scattered resistance to defeat Zod and restore order to the planet.

One of the epic fights that encapsulated the ferocity of the war between the factions was the one between Seg’s army of resisters and Doomsday.