DC Comics fans far and wide were granted a brief, but satisfying look at Warner Bros. And DC’s upcoming live-action feature film, “The Flash”! Starting Ezra Miller in the titular role, “The Flash” is directed by Andy Muschietti (It Chapters 1 & 2) and written by Christina Hodson. Muschietti’s frequent collaborator and sister Barbara Muschietti is producing the film.

All four collaborators took center stage to deliver a small look into what we can expect from the new film. Without giving anything away, it was shared that the film will display Muschietti’s signature style of being lighthearted and fun, while also not letting up on the action and peril. It was also noted that as previously reported, the film will be a loose adaptation of the famous “Flashpoint” storyline and will deal with time travel as well as the prospect of a multiverse. The character of Batman will also be featured prominently in the film, and while casting was not addressed in this panel, it has been previously reported this week that both Ben Affleck and Michael Keaton have signed on to reprise their respective roles as the Caped Crusader. 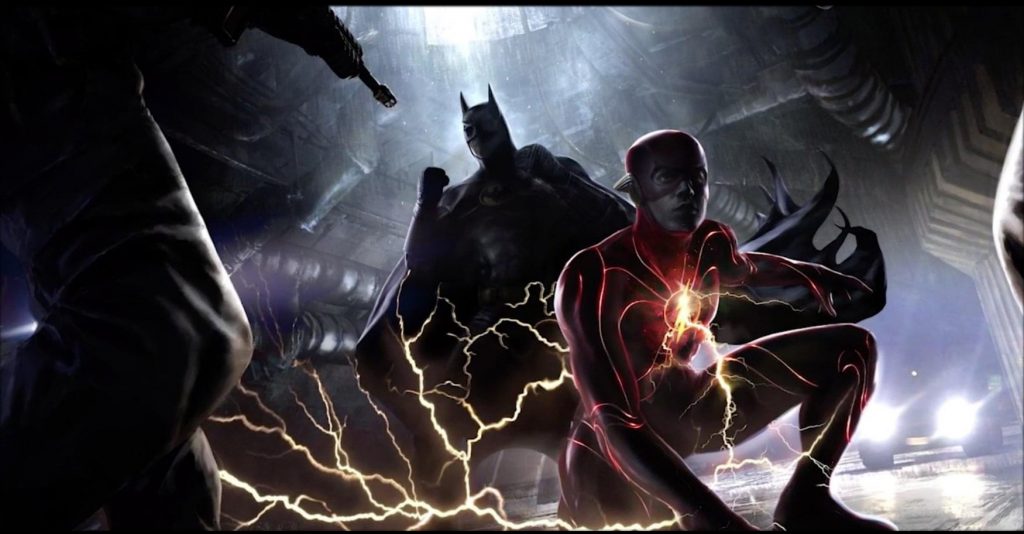 Muschietti closed the panel by sharing some early concept art for the film. These sketches gave us a look at the new Flash suit as well as Keaton once again in the cape and cowl. “The Flash” is set to begin principal photography in 2021 and hit theatres on June 3, 2022.

DUNGEONS & DRAGONS: HONOR AMONG THIEVES Brings A Tavern Experience And More To SDCC 2022!