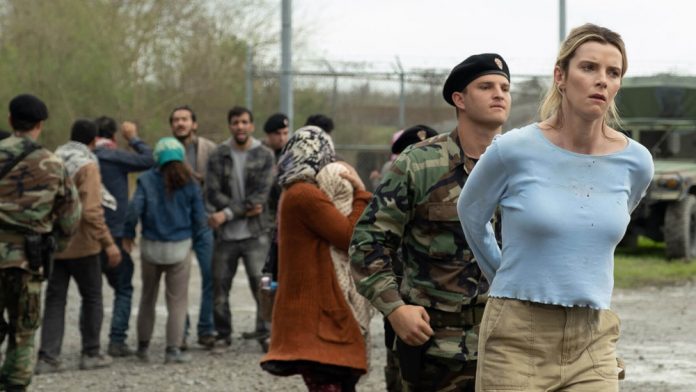 The most talked about movie of the year is the one nobody has seen … yet.

In the shadow of a dark internet conspiracy theory, a group of elites gathers for the very first time at a remote Manor House to hunt ordinary Americans for sport. But the elites’ master plan is about to be derailed because one of The Hunted, Crystal (Betty Gilpin, GLOW), knows The Hunters’ game better than they do. She turns the tables on the killers, picking them off, one by one, as she makes her way toward the mysterious woman (two-time Oscar® winner Hilary Swank) at the center of it all.

This all sounds very interesting but truthfully this plot sounds very familiar. Kind of a flashback to 1994 when Ice T was being hunted by a bunch of wealthy rich … oh that’s right. The movie was called “Surviving The Game” and had a star studded cast with Gary Busey, Ice-T, John C. McGinley, and the unforgettable Rutger Hauer. If you’ve forgotten it I’ve taken the liberty of putting the trailer below in it’s cheesy 90’s glory.

So what’s different about this new movie?  Well for one they are are hunting more than one person. Another thing is that they are now inclusive and putting women in the mix. What a way to advance the status of women.  Truthfully by just watching the trailer it feels all the same and I’m waiting for this to plop out on digital. If you like the thriller horror genre then this might actually be something worth checking out. But with the lack of originality (although I loved HBO’s The Watchmen) it is hard to justify shelling out my hard earned cash.

The Hunt is out nationwide in theaters March 13.