Predicting the career trajectory of SNL cast members after they leave the show is all but impossible.* Many of the cast members with the most successful post-SNL careers, A-listers like Ben Stiller, Julia Louis-Dreyfus, Robert Downey Jr., all had (at best) forgettable stints.

Even more frequently, many former stars of the show never seem to find their footing once their tenures end. For every Will Ferrell success story, there are two or three Joe Piscopos (or Dana Carveys**, or Chris Kattans, etc.). Keenan Thompson, who is fantastic on the show, is the most likely candidate for this type of post-SNL career flame out.

Fred Armisen and Bill Hader, cast members for 14 and nine years, respectively, are prefect examples of that third type of SNL alum. Much like Jenny Slate and Will Forte, (who are both having very deserved moments right now), Armisen and Hader parlayed their time at SNL into smaller, often indie-skewing careers. They will likely never reach the heights of some of their more famous cast mates, but their ability to consistently deliver in a variety of projects has endured them to a small, but dedicated, fan base.

Armisen, who has already created one cult classic in IFC’s  Portlandia, teams with Trainwreck star and prolific voice actor Hader in Documentary Now! (also on IFC), which just released it’s second season on Netflix. Much like Portlandia, “Documentary Now!” is as funny, as it is incredibly polarizing. You either consume seasons in a single afternoon or find them so incredibly dull and unwatchable that you can’t get through one episode. In fairness, even I had to bail on episode five of the second season.

As a huge Armisen fan, I am of the former opinion but it’s very easy to understand the latter. It’s not just comedy you have to ‘get’…it’s comedy you have to want to get. The show’s format is a series of 30-minute satires based on documentaries (some well-known, some a bit obscure) all staring Armisen and Hader. It’s not always requisite to have seen the documentaries that the episodes are based on (struggling door-to-door globe salesmen returning to a hotel and finding that their arch rival had pooped in their beds can be funny without a lot of background info) but having a familiarity with the source material definitely adds something to the experience.

The seven-episode season features four episodes written by John Mulaney, easily one of the 10 best standup comedians working today, and two written by Late Night host Seth Meyers, both legitimate comedy heavyweights. The direction, handled by Rhys Thomas & Alex Buono, is absolutely superb as they are able to re-create the tone and look of a new and entirely different style of documentary film making in each episode. I’d never seen the documentaries “Grey Gardens” or “The Thin Blue Line”, the basis for episodes “Sandy Passage” and “The Eye Doesn’t Lie” in season one, but the episodes are so good and so bizarre, I couldn’t help but look up the originals.

For the uninitiated looking to get into the show, I’d recommend starting with season one, as the episodes tend to be a bit more accessible.  If you start with season two, I’d recommend beginning with the second episode “Juan Likes Rice and Chicken” (based on “Jiro Dreams of Sushi”). You’ll know within the first five minutes if you’ll be going back for more.

Documentary Now is now streaming on Netflix, with limited episodes available at IFC.com

* The nerds at FiveThiryEight.com have an interesting piece on post-SNL careers here. It’s a good read and really solidifies how absolutely gigantic of a movie star Eddie Murphy used to be.

** Do yourself a favor and go watch The Dana Carvey Show on Hulu, which is absurdly loaded with talent. Steve Carell, Stephen Colbert, Louis CK, Robert Smigel, Charlie Kaufman, Dino Stamatopoulos and Jon Glasser all contributed as performers and/or writers on the short lived show. It’s not great, mostly because there’s just too much Dana Carvey, but it’s as weird as network TV has ever been and worth your attention for an episode or two. 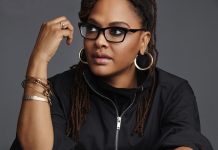 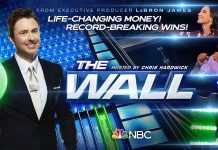 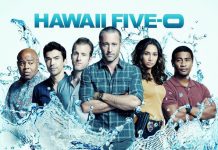