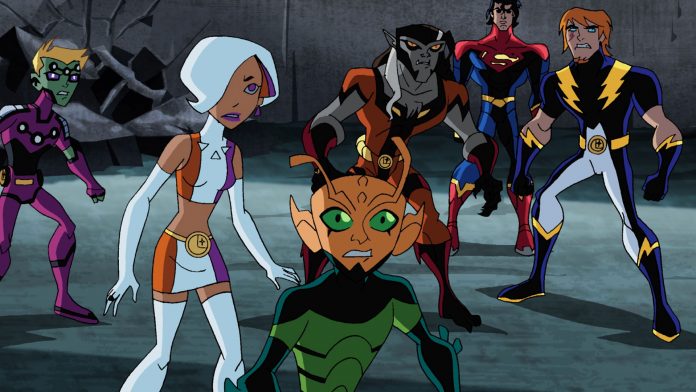 The second round of DC Fandome was in full effect this weekend and they are giving love to some properties that might not otherwise get their due. The best example of that was the event’s “Legion of Super Heroes” panel which shined a light on a series that doesn’t get enough credit.

The cartoon, which told the story of how Superman inspires a group of young heroes from the 31st century, is finally coming to blu-ray. To celebrate that DC brought back actors Yuri Lowenthal (Batman Unlimited), Kari Wahlgren (DC Super Hero Girls), Shawn Harrison (Family Matters), Adam Wylie (Picket Fences) and Andy Milder (Batman: The Brave and the Bold) alongside producer James Tucker (Justice League Dark: Apokolips War) and director Brandon Vietti (Young Justice) to talk about their time on the series.

The panel was a great deep dive for everyone involved and fans were along for the ride. The series is just obscure enough that the studio didn’t have to re-release it much less on such a high quality format. That’s been one of the pleasures of the whole Fandome experience, both this time and before. DC isn’t just playing for the major players, it knows the core of it’s base are it’s hardcore fans that have interests well outside the trinity of Batman, Superman and Wonder Woman.