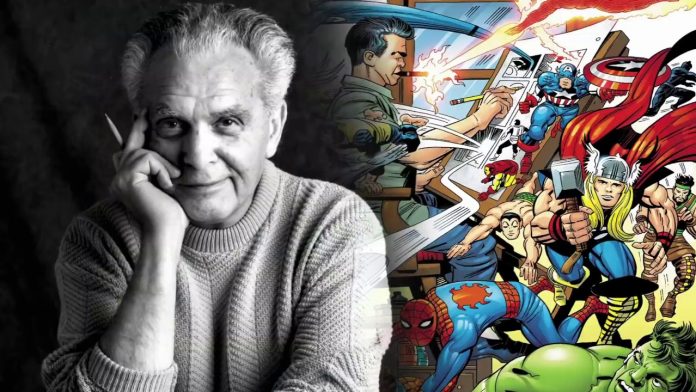 WonderCon at Home 2021 kicked off this Friday with a fascinating panel dedicated to the legendary artist Jack Kirby. For those that don’t know Kirby, who began his career at Marvel, eventually switched over to DC Comics creating such legendary figures as Deadman, Sandman and The New Gods.

The panel, which was a very intimate affair, was led by comic book historian and colleague to Kirby, Mark Evanier. He was joined by prophetic author Neil Gaiman (American Gods, Good Omens, Doctor Who) and TV host Jonathan Ross.

The Zoom panel, which was recorded and then played on demand for all attendees of the show, really focused more on the lasting impact of Kirby’s work on the two guests rather than a retrospective of Kirby himself.

I don’t know who I would be if I hadn’t encountered Jack’s work,” explained Gaiman ““Everyone talks about the power with which he created superheroes but for me the thing that actually shined and resonated and may have gone on to influence the comics that I would go on to create is Jack letting his inner creepy out.”

Though they both discovered Kirby at a young age in England, Ross was attracted to a different part of his work. “I think what I reacted to; the thing that resonated with me was that pathos that Kirby managed to always put into these man monsters in these comics. Later on it was his DC period that appealed to me. When New Gods appeared it felt like a cultural shift of what comics could be.”

If there was one qualm about the panel it was that it was a little too intimate. Kirby’s work is glorious and loud and mind-bending and even though the event went on for more than an hour none of it was shown. That means the viewer either has to already know about it or go seek it out themselves. Comics are very much a visual medium so taking that part out, especially for such a visionary like Kirby, almost seems like an injustice.

Still, any talk of Kirby is welcome. He is a very underappreciated figure in the pop culture community that should be placed right alongside people like Stan Lee, who he worked with very early on. Overall it was an insightful panel but needed more life in it. Kirby would have appreciated it.