2019 has been a huge years for comic book movies and TV shows. While that train isn’t likely to stop any time soon it appears that DC Studios, a major player in the game, is taking a break from the media circus at Hall H this year at SDCC.

What does this mean for DC Comics Studios? Honestly it’s probably a good thing. After a series of misfires the studio seems to be finding its groove again with Aquaman and Shazam and Wonder Woman 1984 as well as The Joker ready to be released in the near future. After, that what happens next is anyone’s guess.

It seems likely the studio is simply taking a breather to regroup and form a new plan for the DCEU. It seems to be finding success in its fantastic but under-utilized streaming service with shows like Titans, Doom Patrol and Swamp Thing each being consistently great. All of those shows, plus their cartoons, prove what a powerhouse DC can when it’s focused.

Focus is key and it seems the studio has realized that. While bowing out from Hall H this year may seem like it’s acknowledging its failures chances are the studio will come back stronger than ever in 2020. There’s already a new Batman, Wonder Woman will most likely be a trilogy, the DC CW shows are (for the most part) are still wildly successful…there are many reasons to be optimistic.

Not only that it’s still competing with the powerhouse that is Marvel which dropped quite a few bombshells in Avengers: Endgame leaving most of the world chomping at the bit wondering what will happen next. If we’ve learned anything it’s that being anywhere near Marvel can be dangerous to profits. It’s been over a month since Endgame was released and any film that isn’t an Avengers movie is still struggling. Even Marvel’s own X-Men: Dark Phoenix is feeling it with a film that will probably bomb due to its proximity to Endgame.

Personally, I have faith in DC. When the studio puts out a good product like Batman: The Animated Series or Doom Patrol it shows they have their in their source material and trust the audience. Hopefully this down time will allow them to come back with a new game plan that will allow them to be the powerhouse we know they can be. 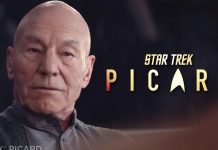 Indebted Shows How To Deal With Parents And Boundries

Missed The Most Epic Crossover On TV? Watch It On The CW App