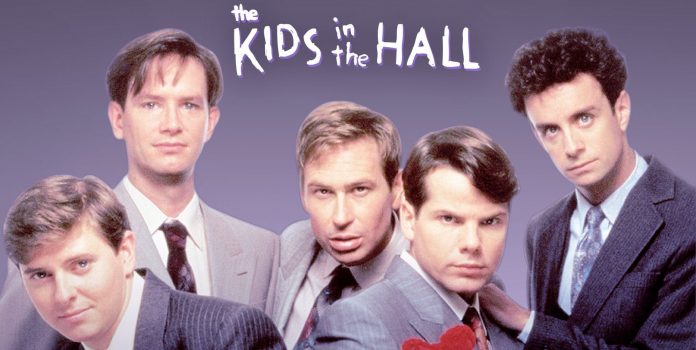 Last week I heard exciting news as Amazon announced the popular comedy sketch show “The Kids in The Hall” will be returning for a reboot exclusively on Amazon Prime Video. This original will be 8 episodes and  a continuation of the original show with all the same characters returning. This will be the first Canadian Amazon Original Series.

“We’ve been investing in Canada for several years and are excited to add to that momentum by making The Kids in the Hall the first Canadian Amazon Original series,” said James Farrell, Vice President of International Originals for Amazon Studios. “”The Kids in the Hall” is an iconic show with a deep-rooted fan base.”

The Canadian show first aired in 1989 and ran until 1995 on CBC in Canada, and CBS, HBO, and Comedy Central in the United States

Fans will be happy to know comedians Dave Foley, Kevin McDonald, Bruce McCulloch, Mark McKinney and Scott Thompson will all reprise their original roles as ‘The Kids.’

“Even after 30 years, “The Kids in the Hall” has retained its brilliance and originality,” said Executive Producer, Lorne Michaels. “We are happy to be bringing back all of the original ‘Kids’ for the new series.”

Wandavision Episode 8: The Truth Will Set You Free

The Sweda Files Episode 8: Sometimes When We Touch

WandaVision: The Woman Behind the Curtain