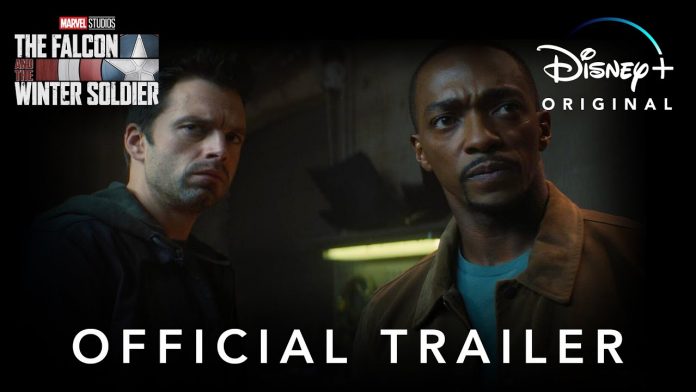 The blockbuster of this weekend may have been Zack Snyder’s long awaited recut of The Justice League but it was Marvel’s new series The Falcon and the Winter Soldier that moved the bar for the superhero genre.

If you’ve been following Marvel for any amount of time in the past decade this won’t really come as a surprise. While DC may have spent $70 million doing a course correction for a franchise that will probably never see the proper sequels it deserves Marvel managed to create an extremely timely and relevant series right out of the gate with Falcon and the Winter Soldier.

The show follows the lives of Sam Wilson (Falcon) and Bucky Barnes (The Winter Soldier) as they navigate life after The Blip (which ended up being a fantastic analogy for COVID) and without their closest friend Steve Rogers aka Captain America.

WARNING SPOILERS AHEAD! Giving these characters time to breathe does wonders and honestly it’s something Marvel should be doing with most of its roster. If you ever considered Sam Wilson just a sidekick to Cap you won’t after the first 15 minutes of the show. But once the action dies down these are people that still have to deal with the real world.

For Sam that includes trying to take out a loan to save his family’s business. It doesn’t matter that he was blipped out of existence for the last five years or that he’s saved the world many times over that still doesn’t qualify him for a bank loan. It’s a fantastic scene that takes a look at institutional racism though the lens of a superhero show. They could have gone the easy route and made the show all action and explosions, instead they chose to make the show about the world as it is today. Racism exists no matter how much you’ve done or who you are.

Meanwhile, Bucky isn’t faring much better. He’s gotten his life back but doesn’t know what to do with it now that he’s almost constantly haunted by the victims he killed during his time with HYDRA. He’s a military vet with almost a century of baggage to unload. While the first episode doesn’t bring Sam and Bucky together right away it’s clear the two can do each other a lot of good.

This was never going to be the lighthearted series that WandaVision was, that’s just not the Captain America sandbox. Instead the audience deals head-on with issues like grief, loss, racism and domestic terrorism. Though it’s somehow only six episodes long I get the feeling Falcon and the Winter Soldier is going to pack quite a punch.

Falcon and the Winter Soldier Change the Game Yet Again

Falcon and the Winter Soldier: Truth

The Whole World Is Watching