What a better way to spend the first night of Comic-Con at Home than at a birthday party? On July 27th, 1940, the world was first introduced to Bugs Bunny in the Merrie Melodies short, “A Wild Hare”. Since then, the wise-cracking rabbit has become an American icon and the leading face of the Looney Tunes brand. To commemorate 80 years of gracing both the big and small screens alike, Warner Bros. Home Entertainment welcomed fans to an inside look at the legacy of one of the world’s most recognizable stars. Moderated by actress Yvette Nicole Brown (Community, Drake & Josh, Avengers: Endgame), the panel featured three actors to have voiced Bugs over the years: Jeff Bergman (Tiny Toon Adventures), Billy West (Space Jam), and Eric Bauza (Looney Tunes Cartoons). The panel also featured movie historian, author and TV personality Leonard Maltin, Looney Tunes Cartoons executive producer Pete Browngardt, animation historian and author Jerry Beck, and Warner Archive senior vice president George Feltenstein. 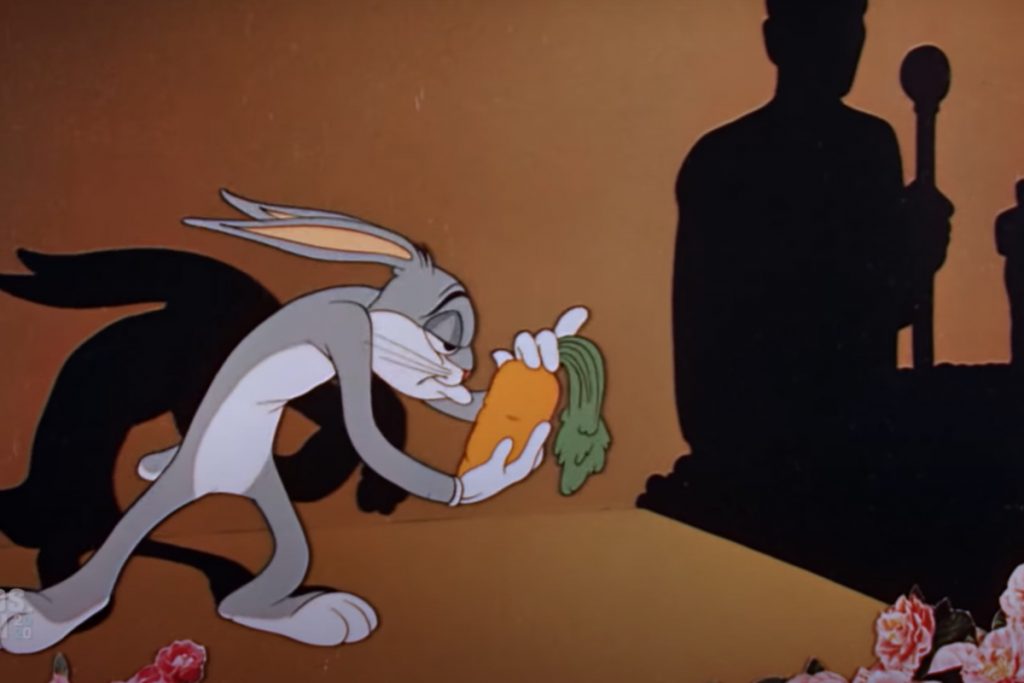 After a few quick utterances of “What’s Up, Doc?” from the voice actors, the panelists began to delve into the history of Bugs. While Bugs is hands down the biggest star of Looney Tunes today that wasn’t always the case. Back when Looney Tunes and Merrie Melodies we’re first developed to compete with Disney’s Silly Symphonies, Porky Pig was their first big hit. Porky’s famous following led to the eventual creation and success of Daffy Duck, and soon after, the very first incarnation of Bugs (then called “Happy Rabbit”) appeared in 1938. It wasn’t until 1940, however, that Bugs received his true name and design we all know and love. “When [director] Tex Avery arrived on the scene he started pushing the cartoons toward wackier, crazier gags,” noted Maltin. Just as Porky and Daffy had done for him, Bugs Bunny cartoons would eventually bring about the first appearances of several characters including Yosemite Sam and the Tasmanian Devil. 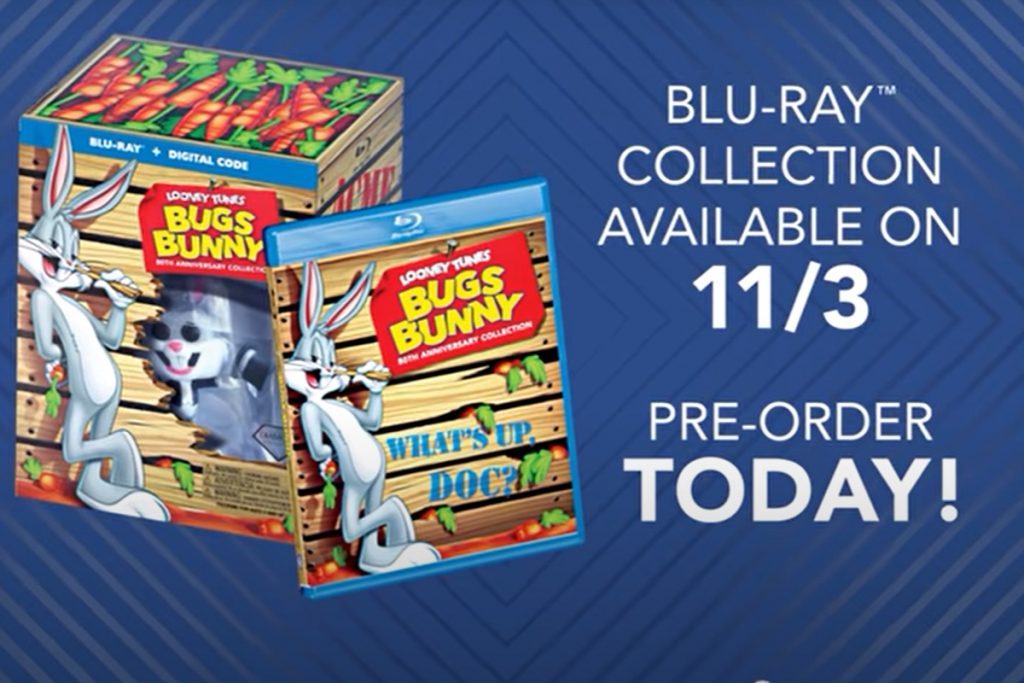 The panelists then shifted our attention to an all-new upcoming blu-ray set featuring some of Bugs’ most memorable appearances. “It’s been many years since the company has put together a collection on Blu-ray Disc dedicated to what I consider to be one of the most popular Warner Bros. cartoon stars, Bugs Bunny.” expressed Feltenstein. “He’s right up there with Bette Davis and Humphrey Bogart, who created the DNA of the studio’s history. What we meant to do here is have 20 cartoons that had been out before, but that are basically essential, and then have 40 cartoons that either had never been on Blu-ray or never been remastered at all or they were not released in the proper aspect ratio. It goes from the great classic early cartoons to the very end of Bugs’ tenure in the mid-60s.” In addition to the new re-masters, the set will also include hours of new bonus material, a collector’s edition card and booklet, as well as a diamond edition Bugs Funko POP. The Bugs Bunny 80th Anniversary Collection retails for $74.99 and is set to be released on November 3rd.