C2E2 has once again come and gone in Chicago and with one of the best pop culture conventions in the Midwest. Among the geek community, at least, C2E2 has always been held to a higher standard than the other conventions that make their way through the city on a regular basis. For good reason, since its inception the convention consistently brings in big name talent in a way that not only respects the creators but the fans as well.

While that was certainly true this year one couldn’t help but notice that something seemed off, though it’s hard to put your finger on it. Everything was running like it should but there didn’t seem to be quite as many people on the show floor from day-to-day. This could be for any number of reasons ranging from general con fatigue (the number of conventions that happen each month is growing) to guests that weren’t considered a big enough draw.
It should be clear though that while the energy of the convention may have been lacking the convention itself was still firing on all cylinders. Those that work behind the scenes know they have to keep it fresh and for the most part that is exactly what they are doing. Much of the show floor did a great job of reflecting what was happening with both the panels and the guests. 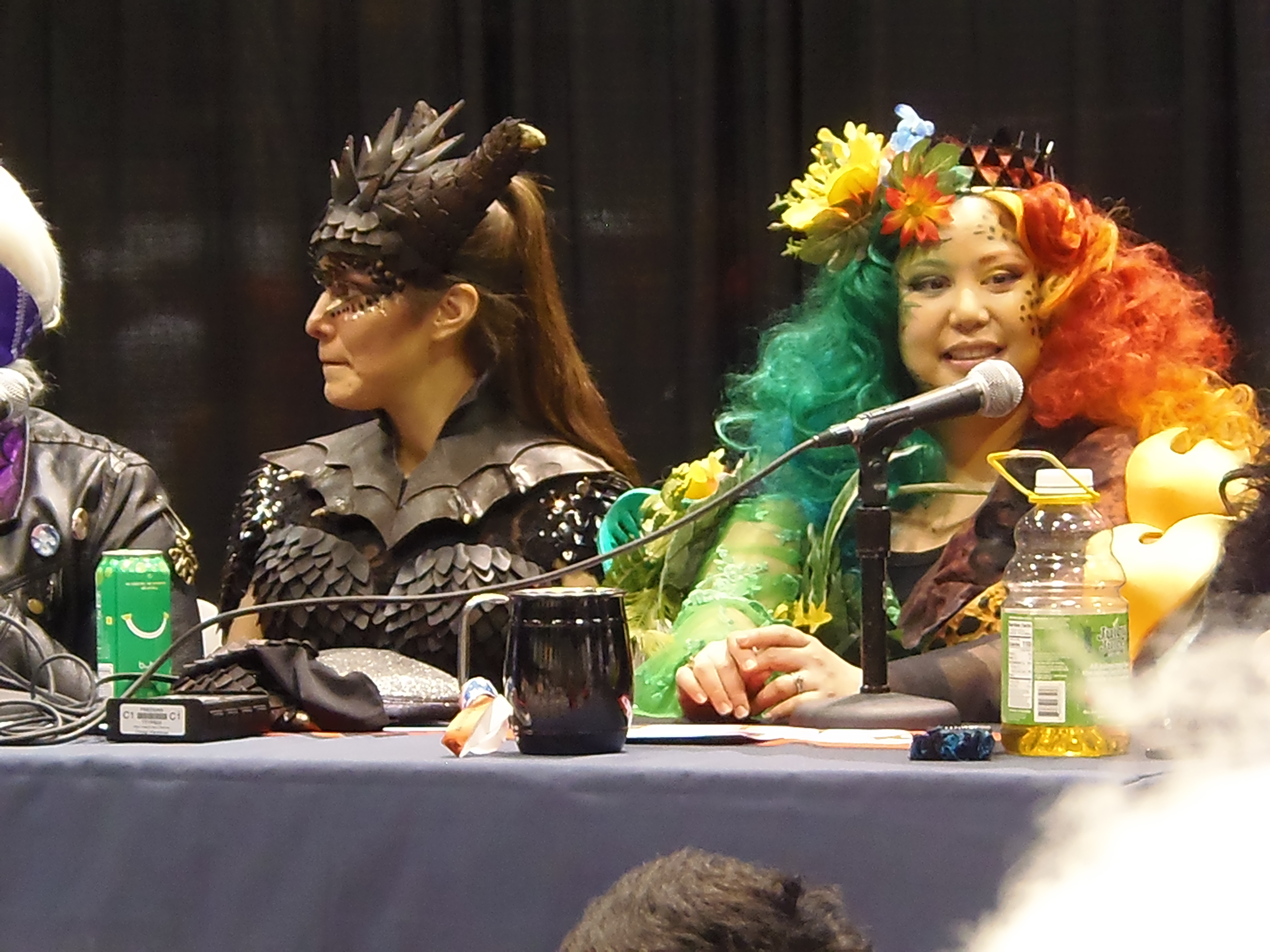 This can be seen in the rise of Dungeons and Dragons booths that seemed to have popped up this year. It is hard to tell if they cropped up because the cast of Critical Role was there for the show or if pop culture is finally taking advantage of the mainstream popularity of the game. From the moment attendees walked in they were flooded with booths dedicated to high-end dice, building their own gaming table, character creation and more. It’s nice to see the once underground game getting the love it finally deserves.

What really stood out this year were the panels. C2E2 really put in the time and effort to craft some really unique panels that would attract more than just the mainstream entertainment audience. There was quite a lot of attention given to literary guests this year as almost all of them had panels devoted to their work allowing those that might not necessarily be wooed actors and artists to get their time to shine.

They certainly shined. The lines to get booked signed by the authors were almost as large as the ones for the big name celebrities. If you were looking for a sign that reading is still import and fundamental that is it. C2E2 attendees tend to be avid readers and it would be nice, given the outpouring of support this year, to bring them more to the forefront. This year’s convention should a great step forward but so much more can be done to represent that demographic.

C2E2 2020 was the perfect transitional convention year. After last year’s amazing 10 year anniversary it was natural that the convention was never going to be able to top that level of hype. But the convention scene is always changing and it is nice to see C2E2 at least attempting to evolve along with it. C2E2 is here to stay in Chicago and the entire geek community is better off for it.

The Legend of Vox Machina: From A Dream to Reality

Turning Red Is A Tongue In Cheek Parody For Puberty

Bel Air is a Strange Beast