Despite everyone remaining at home this year, tradition still stood true at this year’s San Diego Comic-Con. While many directors make regular appearances in Hall H each year, there is only one director that annually receives his own panel regardless of whether or not he has a movie to promote. Since 1995, Kevin Smith has graced the stage of San Diego Comic-Con to basically just chat with the fans. While this year is a little different, he makes up for it by filling our ears with everything he’s been up to in the past year, as well as some new projects on the horizon. 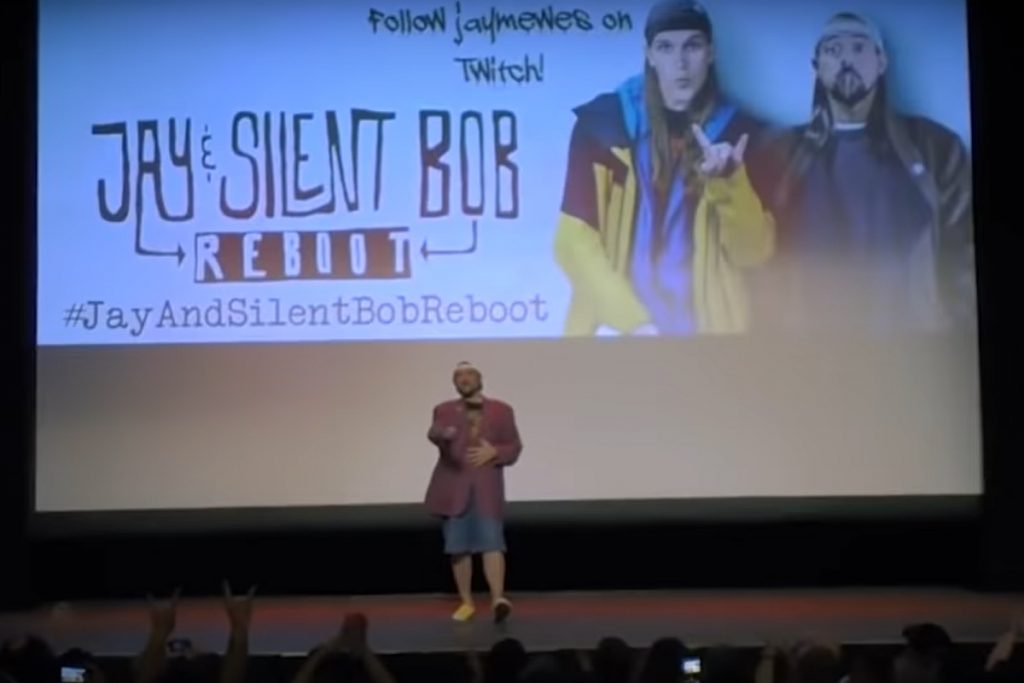 Smith began the panel exactly where he left off last year, presenting the first look at his most recent film, Jay and Silent Bob Reboot. From October 2019 to February 2020, Smith hit the road along with his co-star and “hetero-life mate” Jason Mewes for the “Jay and Silent Bob Reboot Roadshow Tour”. The dynamic duo took the movie from coast to coast and even overseas, packed to the rafters with diehard fans of the View Askewniverse. Days after the tour ended, COVID-19 shut everything down. However, Smith makes it clear that no pandemic is mighty enough to stop the Smodfather.

Ever since the fall of last year, Smith has been serving as showrunner for “Masters of the Universe: Revelation”, a Netflix sequel series to the popular 80s series “He-Man and the Masters of the Universe”. While he couldn’t show us any trailers or official images (though he did tease us with a gag portrait of Skeletor in a suggestive pose), he informed us that dialogue recording has been completed and he has seen early animatics of the show.

Smith also plugged his new dedicated fan club site, That Kevin Smith Club. ThatKevinSmithClub.com includes a decade-long library of nearly all his weekly podcasts (the exception being Hollywood Babble-On, which is available at TheRalphReport.com), as well as countless interviews and TV appearances featuring Smith & Co. A welcome new addition to the Club is a morning show titled “Wake & Bake”, in which Smith reads from old production journals, unused screenplays, and of course does as the title suggests. The club has four tiers of membership that include different levels of access to the site’s content, as well as exclusive merchandise delivered to your door every 3 months. The tiers are Clerk ($5/month), Mallrat ($10/month), Funployee ($15/month) and Yoga Hoser ($30/month).

Next, Smith played to the fans of the horror genre, unveiling the first look at his long-in-development anthology film, “Killroy Was Here”. Filmed prior to “Jay and Silent Bob Reboot”, “Killroy” has been sitting on the back burner for nearly three years. Originally conceived as a Krampus-themed film co-written by Smith and his “Edumacation” co-host Andy Mcelfresh, “Killroy Was Here” provides a modern-day urban legend look at the character of Kilroy. Kilroy was made famous by American GIs that would draw the mysterious long-nosed figure peering over walls where they were stationed or had visited, including the caption “Kilroy Was Here”. In Smith’s version, Killroy (adding an extra L) was once Roy Huggins, a man left horribly disfigured after literally having his face melted. Smith describes his version of the character as “The Kid Avenger…ya know, if you F— with kids, Killroy will show up.” “Killroy Was Here” is targeting a release in early 2021.

Smith closed out the panel by giving an official announcement regarding his long-talked-about Mallrats sequel, “Twilight of the Mallrats”. Smith had been trying to get a Mallrats sequel off the ground for the better part of five years, but the success of “Reboot” renewed Universal’s interest. “Twilight of the Mallrats” will see Brodie Bruce (once again played by Jason Lee) dealing with the dying nature of his beloved mall in a post-pandemic world all while tackling fatherhood. The screenplay has been completed and filming is currently targeting a 2021 start date.

For more information on Kevin Smith and all his upcoming projects head over to ThatKevinSmithClub.com and be sure to check out That’s My Entertainment’s podcast,    “An Askewed View” wherever you listen to podcasts!