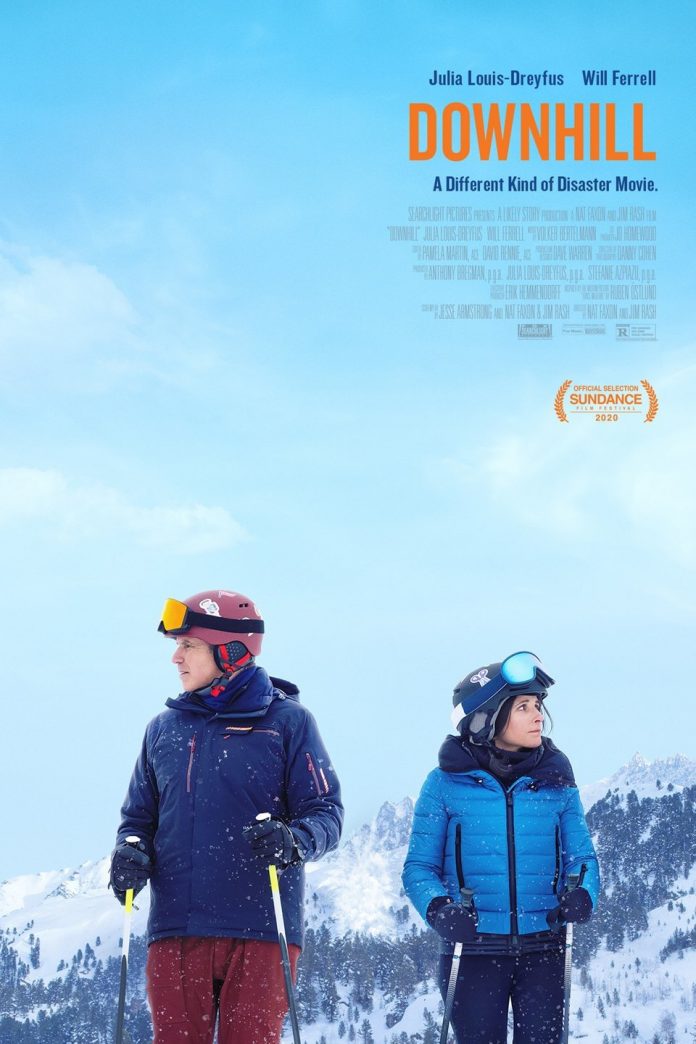 For any feature, walking the tightrope of drama and comedy is never an easy thing to do. Too many movies get lost trying to maintain the balance between the two genres either finding themselves incapable of properly capturing both spectrum of emotion simultaneously or instead losing the audience to tone mismanagement. Downhill, directed by Jim Rash and Nat Faxon, sometimes stumbles into the latter pitfall but thanks to a pair of experienced leads it manages to barely stay on the rope long enough to tell a story of love and trust.

Will Ferrell and Julia Louis-Dreyfus star as Pete and Bille Staunton, a married couple on a family ski trip in the Alps. When confronted by a lunchtime avalanche scare Pete bolts for safety, only stopping to grab his phone, leaving his family and their bowls of soup to fend for themselves. While the threat dissipates in a matter of seconds, Pete’s decision creates a rift in the family unit that threatens to tear them apart before vacation’s end.

A remake of the 2014 film Force Majeure, Downhill attempts to differentiate itself with two of the biggest faces of the old guard of comedy. While the film’s leads are at their best performance wise (more on that later), their presence manages to do more harm than good at times. The writing and direction doesn’t do them any favors either, and the two are in conflict with each other during the film’s pivotal moments. During my screening, there were a handful of emotional moments cut short thanks to a quick reaction shot with unclear intent. 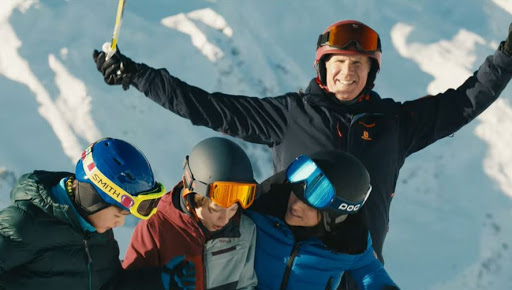 It’s unfortunate because after a couple of years of so-so sequels and films best left forgotten, Will Ferrell returns to a style of acting that he hasn’t showcased since 2010’s Everything Must Go. Don’t worry you’ll still get a few of the Ferrell classics, belligerent drunkenness and shouting make their necessary appearances, but it’s the quieter moments that get you invested. Ferrell portrays Pete with a somber distance. A man who knows but won’t admit he’s made a mistake; one who sees happiness is just around the corner, and yet he can never quite reach it due to forces within himself he won’t confront. It’s a portrayal of fatherhood that Ferrell should continue to take chances on again in the future.

Ferrell’s performance is a return to form of sorts, but Louis-Dreyfus goes beat-for-beat with him managing to best him more times than not. She embodies Billie’s sense of devastation and distrust with equal parts rage and shakiness. It’s a more showy part than Ferrell’s Pete and Louis-Dreyfus doesn’t back down. Her ability to deliver on the script’s weightiest moments resonants, and when she is given the chance to let loose it’s an emotional avalanche that can overwhelm.

We also get a couple of highlight supporting performances from Miranda Otto as a sexually explicit hotel liaison and Zach Woods as Pete’s friend who is living a #lifewithnoagenda. The former is the more ridiculous of the two, but both act as springboards to tempt and discourage Pete and Billie with what they could be missing out on in life.

At 90 minutes, Downhill is a satisfactory dramedy buoyed by leads who are pushing themselves out of their comfort zone for the benefit of the audience. While the film may not be making the best use of these performances, it works to show that we should give “comedy” actors more chances to spread their wings.

Ghostbusters: Afterlife Proves To Be a Return to Form For The Franchise