[divider]
When Calls the Heart is, well, very sweet, and visually beautiful.  If this kind of show just isn’t for you, then you might decide to avoid it.  But, if you enjoy warmly drawn characters with a few villaneous denizens about, then I think you might love it.  It took me a couple of episodes to adjust my sweetner to the taste of this Canadian hit.  It is based on a 2013 TV movie by the same name, directed by Michael Landon, Jr., with a different cast.  I haven’t seen the movie, so I won’t compare the two.

Calls the Heart takes place in 1910, as a cultured and beautiful young Elizabeth Thatcher (Erin Krakow) comes to the mining town of Coal Valley in the Canadian West.  She has moved to Coal Valley to become the teacher for the children of the miners.  But, disaster has struck the community with a devastating mining accident leaves so many of the women widowed and raising children.  For young Elizabeth, this is a challenger greater than she has ever faced.  She comes from the wealthy community of Hamilton, and she is used to only the best in life.  In Coal Valley, there are no servants to help her survive.

Enter Mountie Jack Thornton (Daniel Lissing), who has been assigned the unlikely task of watching over Coal Valley and it’s people.  From the moment the two meet, sparks fly, and you are just know that romance in on the horizon.  You won’t be wrong, Call the Heart does not disappoint in its predictability. The lead actors do a fine job, but even they can see what’s coming around the corner. Again, this may be another reason to avert your eyes when watching this.  It plays into my favorite drama hobby: What Comes Next.  I love to predict the next scene or chapter, and I’m doing pretty well with Calls the Heart.

Of course, the Elizabeth and Jack can’t get together right away, there are obstacles galore to prevent their happiness.  Expect to see plenty of old flames, new beaus, and judgemental family members coming along.  Just when things are going well, expect doubts and uncertainties to creep in.  There are other supporting characters that make this an entertaining frontier town.  Lori Loughlin makes a fine best friend and confidante, and Henry Gowen (Martin Cummins) plays the bad guy like Snidely Whiplash from Rocky and Bullwinkel.

Fair Warning: Season two takes a turn.  The town changes dramatically, and there are plenty of new characters, including Elizabeth Thatcher’s family.  Some people might find the change a bit -disheartening! 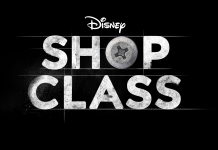