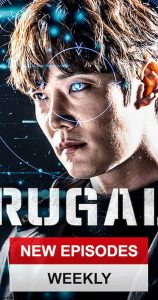 Police officer Kang Ki-beom lost his eyes and his wife and was set up for the whole thing after he put all his efforts into taking down the large criminal organization Argos. Now recruited to the super-secret NIS special task force known as “Rugal”, where the members are given biotechnology implants to replace their missing body parts and thus gain the equivalent of superpowers, Kang Ki-beom, and his teammates set out to really take down Argos, and bring his wife’s killers to justice!

The show is full of kick-ass fight scenes, fun Robocop-like scenes courtesy of Kang’s bionic eyes and his co-worker’s replacement parts, and all the Korean cop drama you can shake your kim-chi at! 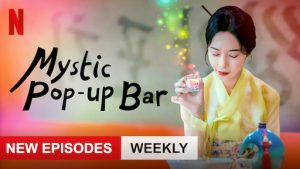 Mobile outdoor tent pop-up bars known as pojangmacha are a staple in Korea, but this one is special! Run by sharp-tempered proprietress Weol-ju and her stoic partner Chief Gwi, Mystic Pop-up Bar actually solves their client’s issues through a supernatural method of dream incubation. Both Weol-ju and Chief Gwi are spirits sent back to the Living Realm as a punishment; Weol-ju has to settle the grudges of 100,000 souls to be forgiven for her crimes in a past life and Chief Gwi has sworn to help her.

Han Kang-bae is a kind young man who was cursed since he was little with the ability to make anyone pour out their innermost truths to him through physical contact. And when Weol-ju meets hapless Han Kang-bae, it’s a match made in the supernatural realm, and ripe for all kinds of nefarious shenanigans!

Full of heart and snark and the continual reminder that people really need to just talk to each other instead of keeping it all in, Mystic Pop-up Bar boasts shades of the beloved Japanese anime Xxxholic and is a great supernatural jaunt for a Korean drama. 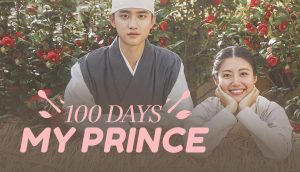 The first of a few saeguk (Korean historical drama) entries, this one begins with an unusual premise – a prince suffering amnesia who finds love amongst the common people.

So Lee Yul is the crown prince, whether he likes it or not, after a successful coup completely rearranges the power and King of the Court. From a devastated boy who loses his beloved mother at a tender age too, he grows into a bitter and cold young man who seems to delight in pegging-down everyone around him. Resentful and angry, during a drought plaguing the kingdom and everyone else plaguing him about consummating his marriage to the crown princess, Lee Yul commands for all unmarried people under a certain age to wed.

And then en route to the rain ritual, a botched assassination attempt sends the crown prince with a head wound amongst the common folk, to be taken care of by Hong-shim, her adoptive father, and a cadre of other very-common peasant friends. Facing arrest if she doesn’t obey the new law, Hong-shim ends up marrying the newly-arrived and rechristened amnesiac Won-deuk, and hilarity ensues! 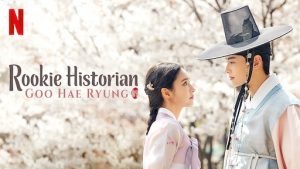 A fictional story of one of the first four female historians of the Korean Joseon period to ever be involved in compiling the Veritable Records of the dynasty.

Goo Hae-ryung is plucky and smart, but also young and undeniably female, which of course means everyone thinks she’s destined for an arranged marriage with a stranger, a passel of children, and likely young death from overwork. Instead, Goo Hae-ryung takes her destiny in her own hands and determinedly joins the testing for female historians, passing the challenge and joining a highly exclusive formerly mens-only club of historians that compile the Veritable Records for future generations.

As she struggles to work on the same level as the men, Hae-ryung meets the throwaway prince Yi Rim, himself an frustrated and overlooked soul who loves to write romance novels, of all things, and that earns him arrogant sniffs from his peers too.

Workplace romance shenanigans ensue, the constant struggle for the stability of the Joseon dynasty leads to life-threatening political entanglements, and through all this, Rookie Historian Goo Hae-ryung is there to fearlessly endure and record it for the precious historical records.

My Country The New Age 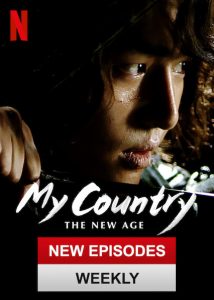 Another saeguk entry, this one focuses more on military battles and aristocratic political mongering, though there is a small, sweet romance laced throughout the bloody business; a pretty pair of pink shoes abandoned on the battlefield as Korea fights its blood-soaked way from the Goryeo dynasty to the new Joseon dynasty.

A pair of friends begin the story by taking the state military exam together – Seo-hwi is a blacksmith and the disgraced son of a man wrongly executed for embezzlement, while Seon-ho is technically an aristocrat but still looked down upon as his mother was a concubine. Seon-ho commits an unforgivable act of betrayal against Seo-hwi at the exam, setting off a downward spiral that pits the two brothers at odds with each other, set against the backdrop of epic dynastic changes as one era ends and a new one attempts to rise from the ashes.

Lavish with well-made fight scenes and the kind of drama and tragedy that Korean shows are famous for, My Country The New Age is a tear-jerker of the finest quality. 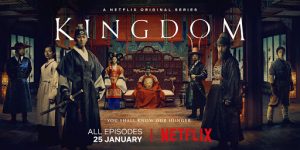 Yet another saeguk entry, Kingdom is of course set in the Korean Joseon period and is full of your standard political and social strife, but with one significant addition – zombies!