After far too long a hiatus The Tick is back in action with a brand new season coming to Amazon Prime.

Though the superhero has been a mainstay since the 90’s and is currently on his second live action reboot that has not stopped the friendly, big, blue hero from taking the main stage the 2017 San Diego Comic Con.

Attendees that visited the show’s SDCC booth got a grand tour of life in the Tick universe and a great introduction to the show’s main characters. Those that have followed the evolution of the character know that this version is drastically different from the more off-the-wall comedy of the FOX series with Patrick Wharburton.

This time around Peter Serafinowicz takes the lead bursting into Arthur’s (Griffin Newman) and urging him to become the superhero he was always destined to be. Show creators say they have a grand five-year vision for the show that, if the first episode (which is currently available on Amazon Prime), is any indication is going to be spectacular.

Make sure to visit The Tick booth for some great swag and a fresh new look at the big blue bug. 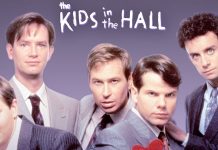 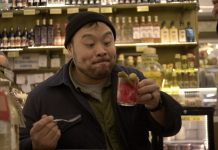 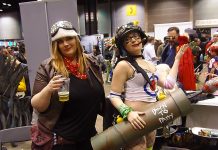