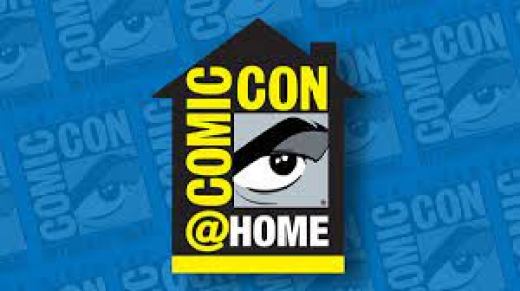 One of the more fun and insightful panels of this weekend’s Comic-Con at home was “Voiceover Superstars in Animation and Live-Action”. Moderated by actor and comedian Stephen Kramer Glickman, the panel featured some of the most iconic voices to ever grace the screen. Margaret Kerry (Disney’s “Peter Pan”), E.G. Daily (“Rugrats”), Jack Plotnick (“Drawn Together”), Jessica DiCicco (“The Loud House”), and Eric Bauza (“Space Jam: A New Legacy”) were all welcomed to the stage to share stories of their own experiences in the booth and what being a performer means to them.

First up was the legendary Margaret Kerry. Kerry’s career has spanned over 80 years, from starring as a child performer on “The Little Rascals” to starring in the popular 50s animated series, “Clutch Cargo”. However, she is probably best known for serving as the model for Tinker Bell in the Disney animated classic, “Peter Pan”. Though Tinker Bell does not speak in the movie, Kerry’s performance was filmed as a model for the animators to use for reference. She remembered getting to interact with a giant keyhole and pair of scissors. In addition to this, she provided the voice for one of the mermaids in the film.

E.G. Daily, voice of such iconic characters as Tommy in “Rugrats” and Buttercup in “The Powerpuff Girls” shared that she once nearly passed up an audition because she was having the carpet replaced in her apartment. “My agent kept at me and I ended up booking it; and that was for Tommy Pickles.” She also shared an ironic, but humorous story in which she went into labor while recording Rugrats.

Jack Plotnick, best known for voicing Xandir P. Whifflebottom on Comedy Central’s hit adult-animated series, “Drawn Together”, shared that he was just as much of fan of the show as he was a performer. He explained that this was actually his first job in voiceover, having previously performed in live-action films and series such as “Girls Will Be Girls”, “Ellen”, and “Buffy the Vampire Slayer”. He explained that this later led to a voiceover job for the 2009 film “Aliens in the Attic”, although his performance was not used for the final film.

Jessica DiCicco shared her experiences working on the hit Cartoon Network show “Adventure Time” as well as the hit Nickelodeon series “The Loud House”. She explained that she watched “Adventure Time” before she was cast and was able to use that to help fuel her audition. For “Loud House”, DiCicco explained she had originally recorded a “Loud House” short for Nickelodeon many years ago that had eventually been picked up to series. She also expressed her excitement at the upcoming Netflix film as well as the live-action film currently in production.

Last, but certainly not least, was the great Eric Bauza. Bauza, a long-time voice actor and animator can be heard in last week’s #1 movie at the box office, “Space Jam: A New Legacy”. For that film Bauza provides the voices for classic Looney Tunes characters Daffy Duck, Porky Pig, Marvin the Martian, Elmer Fudd, and Foghorn Leghorn. Bauza also lends his voice to the character of Bugs Bunny for the HBO Max Original Series, “Looney Tunes Cartoons”. Bauza explained it was initially nerve-wracking to take on such massive legacy characters, but rationalized that Mel Blanc will always be the original and that that version will always exist. There have also been several other actors to perform the characters throughout the years and each one brought something different to it. He saw this as his chance to make it his own and bring something new.

All in all, the panel offered no news for upcoming projects but was still a fun and insightful look into the world of voiceover.