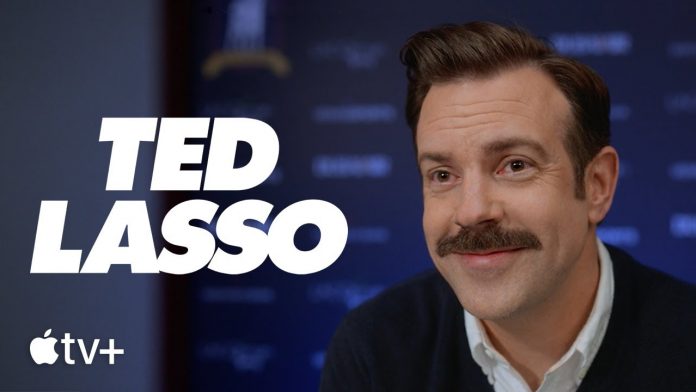 Get ready to Believe! The team is back for the second season on the comeback trail led by our favorite coach played by Jason Sudeikis.

Last year, Ted Lasso captured the hearts of fans everywhere all over the globe when we all needed a little ray of sunshine in our otherwise dismal reality of the the pandemic.

In season one Ted was hired by the owner of the AFC Richmond team to shake things up and bring the club to victory. The club’s new owner Rebecca Welton had plenty of things planned for the team and not all of them good, unbeknownst to anyone other than her director of communications, Higgins.

One thing about Ted is that he has “a real tricky time hearing folks that don’t believe in themselves”. This has lead to some real changes in the team’s morale as well as the administrative staff.. Through season one the audience learns the difficulty in everyone’s’ lives including the coach himself but time and time again the underdogs prevailed even if it wasn’t what anyone had expected.

In season two, we get more of the well needed kindness that is just a breath of fresh air in our continual shower of dark reality television. We left off with the team after the crushing loss that had cost them a place on the Premiership, but this does not deter them from planning an even better return!

Expect a new phase of the series; expanding from the underdog sports trope to a rich development of backstories for the show’s characters in a Rom-com like fashion.

From the strong silent type revealing their soft and sensitive underbellies to the craziest conquering of world crushing cynicism, with ungodly optimism,  Ted Lasso delivers more of what this world needs. All that comes with a price that we will see unfurl as the team needs to make some further adjustments including the unlikely team building exercise that Ted has in store to turn a team pariah into a hero.

The Book of Boba Fett Finally Finds Its Purpose.