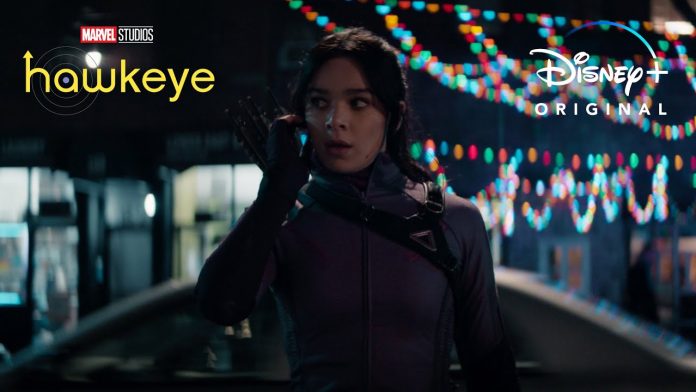 The third episode of Marvel’s Hawkeye is kind of a double-edged sword. On the one hand, it’s a fantastic episode that does some great world-building, it also has some fantastic action sequences. But it also lacks a real drive. With only a finite number of episodes in the series it’s great the audience is learning more about Echo, its main protagonist, but it isn’t really going anywhere.
That being said, I’m still a huge fan of the episode itself. With Clint now firmly in New York and paired with Kate, it feels like it was taken right out of the comics. Both the style of the cinematography as well as the fast-paced banter give it sort of a Shane Black vibe (pairing it nicely with Iron Man 3).
Let’s be honest though, this episode was made to build up hype for Kingpin. Echo is not only a great protagonist for the hard of hearing Hawkeye but her connection to both Kingpin and Daredevil allows her to open up that side of the MCU again organically.
If audiences spent most of Wandavision wondering where Mephisto was Hawkeye makes no game of hiding Kingpin. While they may not show his face that brief glimpse of “Uncle” is more than enough to solidify his presence. The question now is who is playing him. It would be foolish to recast Vincent D’Onofrio so soon after he had such an epic performance as Kingpin in Daredevil. All signs point to D’Onforio but Marvel is doing a slow burn with this one.
This is actually the first Disney+ show that could honestly benefit from having more episodes. We’ve barely explored this world and it’s already more than halfway over.