When it comes to movies and television DC Comics has pretty much always lived in the shadow of Marvel Studios. That seems to be changing as the company kicked off its own streaming service with the fantastic Titans and continues its run of amazing television with the Arrowverse Elseworlds crossover event.

The three night event, which is becoming an annual tradition, was a bit of a game changer for everyone involved. Not only did it bring together all the CW DC properties (except Black Lightning, maybe next year) but served as a love letter to the decades of shows and movies that have come before it.

So much ground was covered it’s hard to say where to begin. From minute one fans got not just a look a truly great villain but closure on the underrated 1990 Flash series which apparently co-exists in the DC Arrowverse universe. John Wesley Shipp not only reprises his role as Barry Allen, in his original suit, but the small glimpse we had of his earth showed that the universe there had expanded quite a bit in the nearly 30 years since we last saw it. Though only a glimpse those with a close eye might have spotted what looked like a Green Arrow, Ray and a few others fighting alongside him.

From there the audience is whisked away to a rather lighthearted look at swapped identities when Barry Allen and Oliver Queen wake up in each other’s lives. The two end up putting a microscope on all the tropes that define each of the shows and the characters. It isn’t until we end up on Earth-38 with Supergirl that things really get moving.

Rather than just do a quick transition though the audience finds themselves back in Smallville. Not just any Smallville though, THE Smallville from a decade ago. Same farm, same truck complete with the opening theme song. The Supergirl timeline is really unclear on where the Smallville series seems to stand in its timeline so maybe the music just solidifies the retcon. Supergirl takes place in the Smallville universe but with different actors. It’s a weird sort of compromise.

Regardless, the chemistry between Superman and the finally on screen Lois Lane is fantastic. They really do deserve their own series. Elizabeth Tulloch feels like a much better, more modern version of Margot Kidder and I mean that in the best possible way. She’s smart, passionate, feisty and fully formed by the time the audience meets her. The love between her and Clark is definitive and they shine every time they are on screen.

All of this leads up to a big fight with the starter Big Bad which ends up just being an excuse to have everyone work together as a team.  That’s really all the excuse that’s needed. Watching The Flash, Green Arrow, Superman and Supergirl work as a team is a joy to watch. It’s like the Justice Leagues cartoons come to life.

With each successive episode DC managed to win over hearts and minds even more. It proved you could have a multiverse level event and still keep things relatively light. The DC Cinematic Universe could take a few lessons. Even that’s not totally fair. Titans is a dark, R-rated show about superheroes and it’s still one of the best shows on television right now. It’s the execution that seems to be the problem with most of the DC movies and the shows more than make up for that.

By the final episode everything comes to a head with an epic battle that brings everything together above and beyond expectations. The whole crossover is full of easter eggs ranging from big and obvious to really deep cuts. It’s a joy to watch from start to finish.

The crossover also served as an introduction to some new characters, each of which might get their own show in the near future. The Gotham they established in episode two is rife for exploration and Batwoman is an excellent, rarely used character that would be great to watch in the future. Lois and Clark are just asking for a series as well. My hat goes off to DC, they pulled off a high-concept plot expertly. 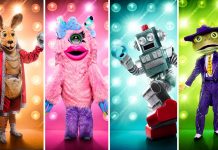